Advice – Is my bisexual girlfriend polyamorous?

My girlfriend sometimes shares positive polyamory memes and visits poly-friendly platforms, even though she has consistently reassured me that we are in an exclusive relationship. I just don’t feel reassured, especially as it pertains to her bisexuality. Is she closeted about her polyamorous identity?

Advice – I want my husband to break up with his girlfriend. 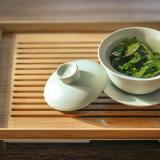 My husband was very much against opening up our marriage two years ago, but I finally convinced him when I started dating my coworker. My husband even found a girlfriend for himself a year ago. Last month, my boyfriend broke up with me and I’m no longer into the idea of the open marriage. What should I do?

Advice – How do you stand monogamy?

After fourteen years together with my husband, I am starting to get really depressed thinking about how he will be the only person I have sex with until I die. We briefly talked about non-monogamy, but he is unwilling to experiment. How do I deal with the struggle with monogamy? How can I stay content with my husband?

Advice – My partner wants to spend the holidays with her other partner.

My partner and I have been dating for a few years, non-monogamous from the start. She connected with a stable secondary partner of two months recently, but this is the first time any of us had a stable connection outside of ours. We disagree on who we should spend the holidays with. Am I being too selfish?

Advice – I started hooking up with a couple out of impulse, and I’m starting to catch feelings.

After my relationship with my ex-girlfriend of four years ended, I found myself sleeping with a couple out of impulse. Things really appear to be going well, but I feel so overwhelmed by the feelings that appear to be reciprocated from the woman-half of the couple. What should I do?

Advice – My wife is dating someone who is in a rocky marriage.

My wife has been seeing a person for the last couple months. Recently, she found out that he and his partner are in the middle of their separation / divorce process. My wife and I have a standing agreement that we would stop dating if that were to happen to us. Is it normal for them to keep dating?

Advice – Am I the asshole for messaging my partner’s FWB?

I connected with a friend of my partner’s. When I told my partner that we chatted on Facebook, she got really hurt and upset. What did I do wrong? Am I the asshole?

Advice – How can I support my boyfriend through a big life change?

My boyfriend’s wife of ten years told him that she doesn’t love him anymore. He is completely and utterly heartbroken. I’ve supported some of my other partners through breakups, but nothing quite as intense as this. How can I support my partner through this big life change?

Advice – My boyfriend isn’t as out about his polyamory as I believed.

I communicated with my current boyfriend early on that I will not be in a romantic relationship with someone who isn’t out to everyone in his life, and thus cannot properly do poly relationships. Over a miscommunication, I found out he wasn’t as out as he said he was. Am I making too much out of this disconnect?