Advice – What is considered emotional affair? My ex-boyfriend broke up with me because he felt deeply uncomfortable with the close connection I have with one of my professional colleagues. While I do talk to my friend closely, there has never been anything romantic or sexual between us. Despite this, my ex accused me of cheating on him emotionally with my friend. Did I cheat on him? How can I get over his judgment? 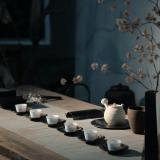 I discovered that my boyfriend has an OnlyFans account. He paid about $200 in content recently, and it is majorly triggering my insecurities and anxiety. He already apologized but I can’t stop thinking about how I feel like I got cheated on. How can we move past this?

Advice – My boyfriend and his friend behaved inappropriately in front of me.

A friend of my boyfriend came into town who he hasn’t seen in a long time. But things got really weird when they started being intimate with each other even though we are in a monogamous relationship. Am I being paranoid about feeling weirded out?

Advice – My boyfriend broke the rules of our open relationship.

My boyfriend and I had an open relationship agreement while we were long distance for five months. He denied ever taking advantage of the five “free passes” during long distance. Two days after we closed the gap, he told me that he not only slept with one person but used up all five of his passes, breaking multiple rules during the process. How can we heal from this experience?

Advice – I just found out that the guy I went on a couple dates with is actually married. 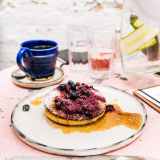 I just discovered that a man who I met on a short visit to see my family was actually married. How can I handle this situation? Should I even do anything?

Advice – I just found out about his girlfriend.

/u/hank_scorpio_the3rd writes on /r/polyamory… “I’m a 29/m in my first gay relationship with a 23/m. I genuinely love him with all my heart, he’s my favorite person. He had always talked about his best friend who lived out of state who was moving back home to where we are (friend […]

Advice – I cheated on my ex-boyfriend.

/u/morganwwinter writes on /r/relationship_advice… “Me [22F] and my ex partner [24M] had been together for 3.5 years and we were best friends. Pretty much soul mates – we both wanted the same kind of silly rules and standards in a relationship as one another, we always had each other in […]

Advice – My friends knew I was dating a married man.

/u/globetrottinggal writes on /r/relationships… “I’m [27F] living and working in a developing country with less than 5,000 expats in it. Because of this, everyone knows everyone and our dating pool is small. I matched with someone [32M] on Tinder and saw he was Facebook friends with 2 people [20sF] from […]

Advice – How can I get over my cheating ex?

/u/pineapple1715 writes on /r/relationship_advice… “[She [34F] and I [24F]] were together for three years, lived together for two. We were amazing and everyone loved us together. We were so happy and she planned to propose and took me to try on rings 6 months ago. Due to immigration reasons I […]