Advice – How do I help my unstable metamour through a breakup?

“Hello, I’m looking for some wisdom on this subject. My wife and her boyfriend are heading towards a breakup. Last night he started threatening to kill himself. Police were called and intervention was done. He seems calmer and no one from the crisis team felt he was under serious threat, […]

Advice – My depressed boyfriend broke up with me. 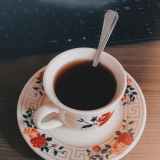 “So, yesterday my boyfriend broke up with me. By text messages. He told me he couldn’t give me what I deserve, that being joy, stability and a long term relationship. He also explained to me, a few days ago, that he has struggled with depression for 2 years now and […]

Advice – How do I deal with my Korean ex-girlfriend?

/u/Winter-Shelter writes on /r/relationship_advice… “Me and my ex-girlfriend broke up about two months ago. She 100% blames me for it and also claims that I cheated on her although this isn’t actually true. I’m quite interested in Korean culture (Japanese and Chinese culture too though) and where I live there’s […]

Advice – How do I NOT breakup?

/u/isnotalwaysrainbows writes on /r/relationship_advice… “Hello! Sorry for the formatting, I’m [23F] always on mobile. I’ve posted on relationships before, but every time it’s been about a relationship that hasn’t worked out. Which brings me to this issue that I have. I always break up with people. I wasn’t super popular […]

/u/herbalbaby writes on /r/relationships… “We broke up a year ago, were together for 6 years. It was a very sudden breakup for my family because I never shared the hurt, pain, and damage he was causing both of us. He was bipolar, manic depressive, and had very bad separation anxiety […]

Advice – I am being made to break up with my other partner.

/u/throwmeaway000000007 writes on /r/polyamory… “My husband decided to end things with his partner due to her inability to follow our rules and boundaries as well as he being confused if he wants to pursue polyamory for himself. I thought it was appropriate to let her know and not lead her […]

Advice – How do I handle my partner’s breakup?

/u/essentiallyquilled writes on /r/polyamory… “So, one of my partners broke up with his long term partner quite suddenly. He and I are only a few dates in. He kinda disappeared for a few weeks while he was sorting it. I understood, it sucked because he’d had to cancel a bunch […]

Advice – Coping with breakups while still in other relationships.

/u/bookish_elisa on /r/polyamory writes… “Hi all, what are your tips for coping after a breakup with a secondary without letting it affect your relationship with your primary (too much)? I broke up with my girlfriend of 10 months about two months ago. Since then I’ve pretty much only been with […]

Advice – How do I get over a breakup while in a relationship?

/u/justlurking9891 on /r/polyamory asks… “Commonly it is said you need to be over your ex before you should start dating again. So how do you do this in a healthy manner while still in other romantic relationships?” Dear JustLurking9891, At a first glance, this seemed like a unique problem to […]